Everything you need to know about quality assurance in an agile process. 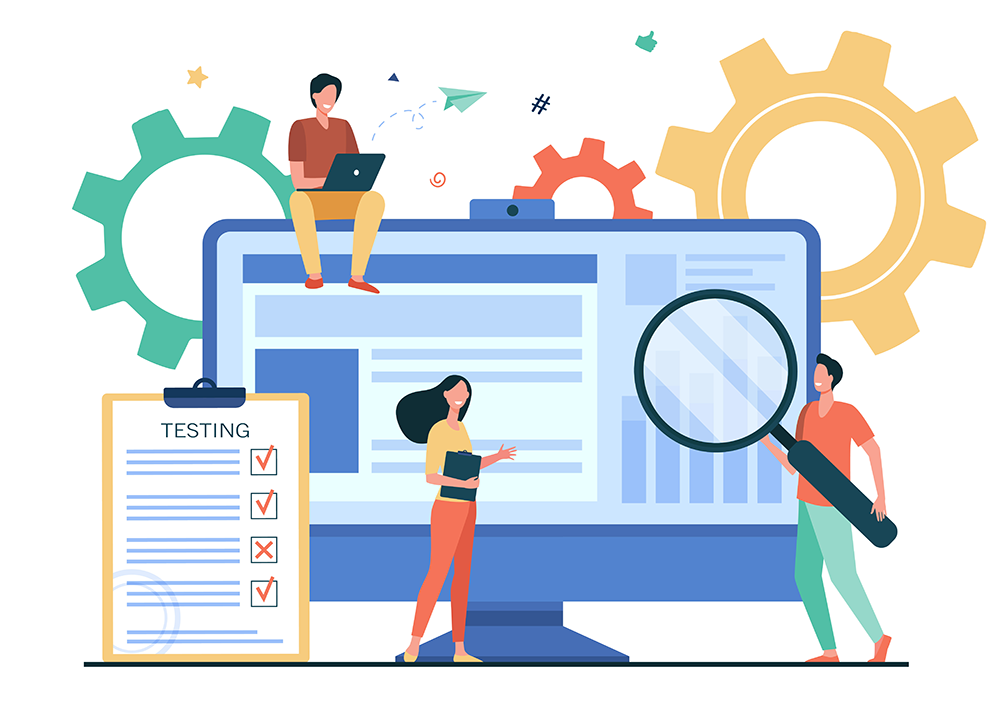 If you want to develop a product, especially a software product, quality assurance is one of its most important and resource consuming parts. A competent QA team will help you design, produce and deliver high quality products while ensuring customer satisfaction, brand value and a greater possibility of success.

But to involve into an agile development process, the quality assurance method should be agile too. In this article, we are discussing what an agile QA process stands for, how it differs from other methods and how to practice it within a software team.

What is the agile QA process?

In an agile development process, quality assurance starts at the beginning of the software development lifecycle. Starting as soon as possible through writing test cases and predicting potential risks, QA encompasses all the stages – design, development and final testing.

Agile development is usually performed in two-week iterations and each iteration includes a quality assurance step to it. Which means that a working product is released after every iteration, then tested and improved with the QA team’s feedback. This short-iteration mode of testing provides rapid and continuous feedback and thereby motivates the flow of software development.

According to the International Software Testing Qualifications Board (ISTQB) certification for agile testing syllabus, the process can be divided into five testing levels.

One – unit testing. It is the first level of agile testing done by the developer during an iteration of development and focused on verifying component levels.

Two – feature validation testing. This is done either by the developer or by the QA tester during iteration. This aims to confirm that user story acceptance criteria are met by the feature(s) of this iteration.

Three –  additional feature validation testing. This is optionally performed by the developer, QA tester and a business stakeholder to make sure that the feature(s) in iteration are suitable for use.

Four –  system testing. It is done by the QA tester outside of iteration to perform functional and non-functional testing taking user stories as test bases.

Outside of these testing levels, regression testing may also be performed by building up test cases before release in each iteration.

How does agile QA differ from QA in waterfall development method?

Waterfall testing is one of the more traditional quality assurance methods. In this method, the basic testing is divided into four distinguishable stages – component testing, integration testing, system testing and acceptance testing.

The downside of this method is that the client or user of the software can only provide feedback as it reaches the last phase of quality assurance, acceptance testing. But by the time a product reaches the stage of acceptance testing, often more than a year of work is done on developing it. This means, developers may need to break the whole product down to change certain aspects of it based on user feedback making the process not only much harder to perform but also time and resource consuming.

On the other hand, agile quality assurance ensures frequent testing and rapid feedback from the QA testers, business stakeholders and users of the product. In agile, QA works as a part of the development team gathering knowledge on the product and its potential risks thus reducing chances of massive quality issues and saving time.

What are the best practices in an agile QA process?

Quality assurance in an agile process requires the QA team to maintain certain skills and practices as it is quite different from basic QA. From our intensive research on ISTQB Foundation Level Agile Tester syllabus as well as other sources, we suggest the following best practices for effective agile quality assurance.

The close connection between quality assurance and development in an agile team empowers testers with in-depth knowledge of the system. This knowledge should be put to good use by determining and eliminating or at least restricting the most problematic errors. Precautionary measures taken early to decrease the possibility of problematic outcomes will save time and effort on solving them going forward.

2. Test as early as possible

Agile testing should start at the beginning of a software development lifecycle and the product should be retested with each new feature added. Doing this saves time and resources by providing feedback as early as possible and by preventing the necessity to tear down a whole product after development is done. The quicker the feedback, the better the developmental flow.

White-box testing is the term to describe testing with a knowledge of how the system works. This method enables the QA team to predict potential failure conditions in a product which lets them produce better test scenarios. Their knowledge of all possible input situations leads to the identification of potential security risks. Moreover, their close collaboration with the agile development team saves time and enables testing to start as soon as possible.

But this also raises a question on the independence of the quality assurance team.

White box testing or independence of the QA team?

In white-box testing, the QA team works closely with developers resulting in lower chances for testing in a more objective and unbiased environment.

According to the ISTQB Foundation Level Agile Tester syllabus, this dilemma can be solved by assigning an independent, separate test team to the project who will be responsible for iteration-independent activities such as automation and non-functional testing. A long-term QA assigned to the development from the beginning will understand the product closely, develop strong relationships with the team and perform QA in the agile process.

Exploratory testing is a test technique adaptable to specification changes. This is necessary in agile development as the method welcomes changes in requirement even later in the development life cycle if it means increase in value of the product.

Script testing strategies used in waterfall methodology requires QAs to revise the test design and redo the tests if requirements are changed, wasting time and money. As a result, the waterfall development method is usually not friendly to requirement changes.

Exploratory testing, on the other hand, does not use test cases. Although a certain level of skill is required to perform exploratory testing effectively, it can efficiently detect bugs and save time by providing feedback relevant to users.

But the downside is that covering all the possible use cases is not a guarantee while practicing this testing strategy. That is why we recommend using both script and exploratory testing on a case-by-case basis. More important functions should be tested using the script testing method.

Automating redundant tasks is a wonderful thing to do for any process, right? Same goes for testing and quality assurance.

As regression testing often uses prior test cases and is repeatedly performed, automated testing will reduce the workload and save time in such cases. Automated testing run at the time between pull request and deployment will enable developers to classify problems quickly and fix them even before delivery to the QA team. This way, automation can secure previous deliveries while the QA tester prioritizes recent features.

6. Understand the business side

It is important to tailor the quality assurance process to the end user’s requirements in an agile development environment. Designing the QA method around what the end product should be is going to save time and money by not focusing on less important issues.

What are the standard certifications for agile QA testers?

Multiple standard certifications are available for a QA to learn and demonstrate their ability to effectively work in an agile environment. If you are looking for the right tester for your agile team, you may look for the agile certification courses below. They are worldwide recognized certifications that represent the knowledge of how agile principles work and develop organically within an enterprise.

As a software development company in today’s world, Astha IT values agility. Most projects we take on are completed following agile development methods. Our quality assurance in these agile processes follow the best practices to ensure top quality in the most efficient way.

Do you need an agile QA team for your software project? We have some of the most qualified quality assurance professionals ready for a new challenge. Let us know!